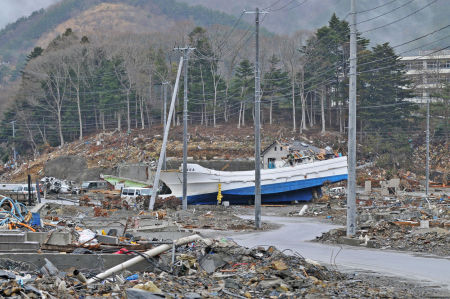 Disaster Law is a relatively new field of law developed in response to the increasing number of disasters worldwide and shortcomings in the law that prevent effective disaster prevention and response. Each new crisis provides examples of powers that have been found wanting or existing legislation that has proved to be too inflexible.  Prompted by a series of disasters - the Indian Ocean Tsunami, Hurricane Katrina, the Haiti Earthquake, Typhoon Haiyan, the Fukushima Daiichi earthquake and nuclear disaster- lawyers have turned their attention to improving the laws that enable states to respond to disasters and, perhaps more importantly, the laws that reduce the risk of disasters occurring in the first place.

Although states may have long experience of dealing with disasters, each new crisis cast light on powers that have been found wanting or legislation that has proved to be too inflexible. Many of the existing laws derived from concepts of civil defence developed during the Cold War to respond to nuclear attack, rather than natural disaster, and many states continue to rely on declarations of states of emergency. Neither are necessarily suitable to deal with the types of disasters we now face and in an environment where the rights of victims must be better protected.

At international and regional level, attempts have been made to encourage the improvement of the laws affecting the receipt of international assistance and to reduce the risk of disasters. The Inter-Parliamentary Union and United Nations Office for Disaster Risk Reduction (UNISDR) have together identified the need for strengthened disaster risk governance. The topic was the subject of detailed discussion and agreement at the Third UN World Conference on Disaster Risk Reduction in Sendai, with significant emphasis placed on the need for improved disaster risk reduction laws. Driven principally by the International Federation of Red Cross and Red Crescent Societies, we now have guidelines for the facilitation and regulation of international disaster relief and model legislation for states wishing to receive aid. Most recently, through the International Law Commission, we have draft articles on the protection of persons in the event of disaster that might form part of a general disaster law treaty.

However, the valiant efforts of the international community and international lawyers to improve international disaster relief laws have meant that less attention has been given to the fundamental fact that the key disaster management laws are and always will be those found in national legislation.

For this reason, built on years of experience in dealing with domestic disaster and emergency management laws, our work is directed at advising on the implementation of domestic disaster management laws that will reflect the developing international legal regime but will primarily focus on implementing the domestic laws that offer the communities the best protection and support the agencies tasked with providing that protection.

Our work in this area therefore involves gaining an understanding of existing disaster management laws- their benefits, their flaws- and from this identifying areas of good practice and exemplar legislation. We also believe in capacity building and encouraging peer to peer working as a means to ensure that suitable disaster management laws are developed by states themselves to meet their particular circumstances.

For advice on any aspect of disaster law, please contact: information@knightwoodlegal.com